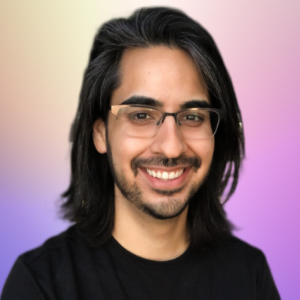 Fasten your seatbelts. The indexing queue is now stored in the Jira database enabling a host of new improvements. Expect a significant improvement in reindexing times and consistency/accuracy of Git indexing status.

As part of the new Git indexing features, Data Center customers get the following benefits:

Skipping combines all indexing queue entry points together and de-duplicates them. If a repository is queued, it doesn’t matter how the re-indexing request arrived in the queue—manual reindex, scheduled reindex, webhook reindex, REST API request reindex—only one entry for the repository will be stored in the queue.

Jira administrators managing large numbers of repositories with webhooks configured to trigger reindexes will see a big improvement in reindexing times because the queue won’t be filled up with duplicate requests for reindexing.

We have a new Sleep setting for Git webhooks to prevent repositories from being added too often.

To set a Sleep value, start by clicking the gear ⚙️ icon on the top right of your Jira UI (#1 in below screenshot), and hit Applications (#2). Visit the Webhooks settings tab (#3) and expand the Advanced section (#4). The Min repository reindex interval value (#5) is how long the indexing engine must wait before a webhook indexing request can trigger a reindex of a repeated, specific repository. Don’t forget to hit Save (#6)!

There’s no need to wonder about whether a Git repository has been indexed in Jira! With v4.0, integration and repository indexing status is more accurate than in previous versions.

With v4.0, we’re introducing order to the repository queue. Here is the priority in which requests will be completed:

Queued repositories with the same priority are handled in first-in-first-out (FIFO) order.

When you love something, you improve it. ❤️ Here is what’s been tuned up for v4.0.

For those Jira issues with countless commits, the Git Commits issue tab is now paginated for easier and faster navigation.

From General settings, administrators may now include the ${basebranch} branch name template for creating Git branches from Jira issues.

A few more things. First, all credentials are now encrypted in the Jira database, and we have renamed “View all repositories” to “Repository browser” in the Git dropdown menu.

If you haven’t already started using the Git Integration for Jira, start your free trial now!